After a fun engagement shoot I couldn’t wait to shoot their wedding. A few weeks ago I had that chance.

Chelsea got ready with all her bridesmaids at her reception venue Sketchily Grange Hotel, there was no stress at all just lots of laughs along with singing and dancing which I of course joined in with.

The day started off with the best pre wedding breakfast ever seen, a McDonald’s breakfast. I was very jealous.

The wedding ceremony was held at Our Lady of Angels in Nuneaton which is a beautiful church. After a lovely heartfelt service held by the wonderful priest Simon Hall we headed back to Sketchley Grange Hotel for the evening reception.

It has a very special place in their hearts, as this was where they got engaged two years ago. They chose this very date as the day of their wedding.

They had some beautiful details linking Amsterdam to their day, their table plan was on a bike tyre and there was a welcome sign on a traditional push bike. Pete had been super creative and had even made a windmill for their cards to go into to match their Amsterdam theme.

Their favours were bike key rings also linking in their theme but all guest were also given charity bands for Ariana’s Hope which raises awareness for Trisomy 18. This is a charity close to their hearts and I thought it was a very lovely touch.

These guys were all about having a good time and the evening was just one big party. Their first dance was played by Chelsea’s brother Sammy who played some great soul music to get the party started. This was then followed by a live band who helped rock the place.

To keep guests entertained they also had my fun space which was a real hit with the guests, there were lots of laughs and was a great addition to their night. They also had a waffle-on-a-stick stand which of course I HAD to try, but then had to work the rest of the night with chocolate down my skirt ….oops.

I had such a great day with Chelsea and Pete and I hope they love the pictures as much as I do. 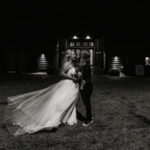 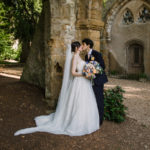 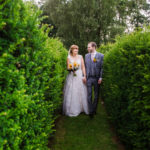